There is Neither Magic Nor Wonder in Zoobilee Zoo. Discuss.

The 80s had no shortage of weird and uncomfortable children’s shows featuring costumed performers, but this week’s League topic was to write about something I hated as a kid, so I feel it’s my duty to bring the atrocities of Zoobilee Zoo to your attention.

The show ran from 1986 – 87, which means I was about five or six when I watched it. But even as a child squarely within the show’s target demographic, I can remember feeling embarrassed whenever it came on. Like somehow I could sense the performers were all rejects from Andrew Lloyd Webber’s Cats, or that the show was endorsed by The American Federation of Teachers even without knowing it was marketed as such (thanks random press release I found online!). Things that teachers like are lame, and I, clearly a kid who was too cool for school, recognized this. Sesame Street or Mr. Rogers Neighborhood this show was not.

Let’s introduce the Zoobles to you!

Here’s the main cast of characters, including each Zooble’s job, because apparently Zoobilee Zoo is so broke all the animals have to work. And I thought the Baltimore Zoo was ghetto. 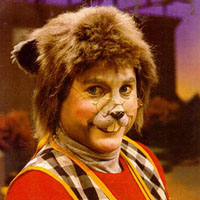 Sandy Grinn as “Bill Der Beaver”
The Zooble with the most practical job and least clever name, Bill Der Beaver is a BUILDER and inventor. Get it? 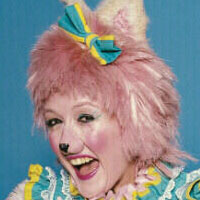 Louise Vallance as “Whazzat Kangaroo”
The bimbo of Zoobily Zoo. She’s not a very talented musician, but gets by on her (good?) looks. Guys dig chicks with fuzzy pink tails. 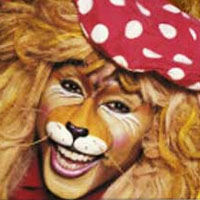 Forrest Gardner as “Van Go Lion”
He’s a painter just like Van Gogh, but still has both his ears. He’s also the reason I once misspelled “Van Gogh” in a school report. I thought this show was supposed to teach us shit? 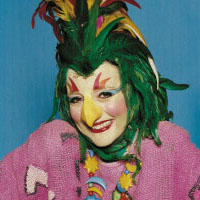 Karen Hartman as “Talkatoo Cockatoo”
Easily the most annoying resident of Zoobilee Zoo, she’s a vicious gossip who “spreads the news” as well as bird flu. 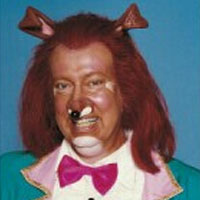 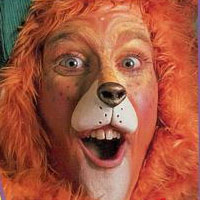 Michael B. Moynahan as “Lookout Bear”
I guess he’s supposed to be a scout of some sort who looks out for danger. I told you Zoobilee Zoo was ghetto. 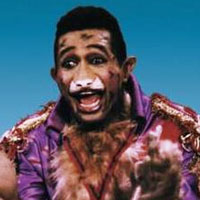 Ben Vareen as “Mayor Ben”
In Zoobilee Zoo, one of the perks of being the Mayor (besides dressing like a pimp!) is you don’t have to identify yourself with a specific animal. To this day I still don’t know what the hell Mayor Ben is supposed to be, besides token black guy.

The Zoobles are supposed to resemble animals, but whoever designed the costumes opted not to go full-furry. So instead we have an awkward mix of costumes, theatrical make-up and prosthetic noses I find extremely unappealing, almost repellent. There’s just something about people in bright costumes and make-up with big noses I can’t get past. I don’t know if there’s an exact phobia for whatever this is, but maybe if you’re one of those people who are afraid of clowns, you can understand. I guess this explains why I never wanted to get my face painted as a kid.

Oddly, I’m not bothered by people wearing costumes that fully cover their faces, or anthropomorphic animals in puppet form. Muppets and I are cool. Zoobles and I? Not cool.

My main problem with Zoobilee Zoo (besides being creepy as hell) was that it tried too hard. Everyone on this show acts like they just snorted ten lines of coke. I refuse to believe anyone is that enthusiastic about wearing shitty animal costumes while spoon feeding dumb kids all the typical social values and moral lessons you’d expect from a show like this, including the obligatory “people in wheelchairs are just like all the rest of us!” episode that seemed to be a popular theme in 80s shows. Even Saved by the Bell was guilty of that one.

By far the worst thing about Zoobilee Zoo, however, is the theme song which I’m convinced was conjured up in a Satanic ritual. I don’t recommend listening unless you want it stuck in your head. All day.

Zoobilee Zoo, Zoobilee Zoo
Magic and wonder are waiting for you
It’s as close as a dream
And as bright as the brightest blue
Welcome to Zoobilee Zoo

Really? As close as a dream? As bright as the brightest blue? They weren’t able to come up with any better similes? All these animals with jobs and not one of them is a writer.

P.S. Did the show ever say what animal Mayor Ben is supposed to be? Does anyone know? I’d look up some more episodes on YouTube to try and find out, but frankly that’s too much effort for a show I’m supposed to hate.

Magic and wonder aren’t waiting for you.

Wondering what this is all about? This week’s assignment from The League of Extraordinary Bloggers was to reveal something in pop culturedom we hated as kids. Here’s what my homies in the League had to say: