For Trade/Sale: My Catwoman Comics

This week The League is trading our unwanted stuff! I’ve got plenty of that around here, but I tried to pick something that I know you guys in The League might actually want–that is, unless any of you are interested in Hello Kitty stuff or Insane Clown Posse CDs… Anyone? Bueller?

So, here’s what I’m hoping to unload: 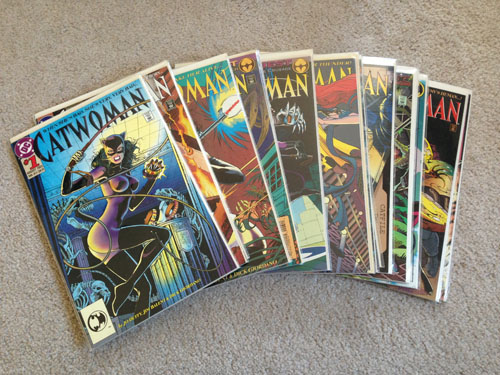 Are you surprised I have Catwoman comics? See, back in the 90s I was obsessed with X-MEN after getting hooked on the cartoon, so I started collecting the comics. I still have hundreds of them, between X-MEN, Uncanny X-MEN, X-Factor, X-Force, X-MEN 2099, X-MEN Adventures, all the character-centric titles like Wolverine, Cable, Storm, etc. etc. etc. I even have some Avengers crossovers. Here’s a glimpse: 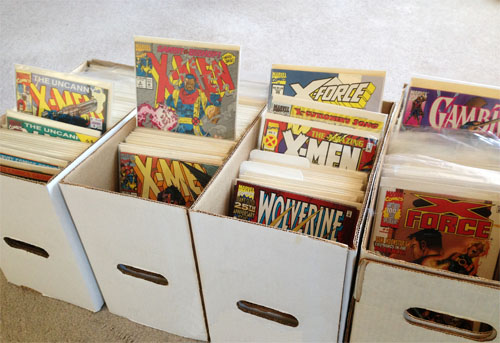 Feeling overly entrenched in the Marvel universe, I decided at some point to branch out a little and try something new. For whatever reason, Catwoman is the book I chose to do that with. I loved Batman, but was overwhelmed by the volume of Batman comics out there and didn’t know where to start. I’ve also never been one to collect comic books just for the sake of collecting–I actually do read the stories and I won’t buy a book that I’m not “into” story or character-wise. When I saw Catwoman #1 hit the stands back in 1993, I thought here was good chance to get into something Batman-related from the start so I jumped on it.

Plus, the cover is embossed, so you can totally feel up Selina Kyle’s cat-bewbz. Fun, right? 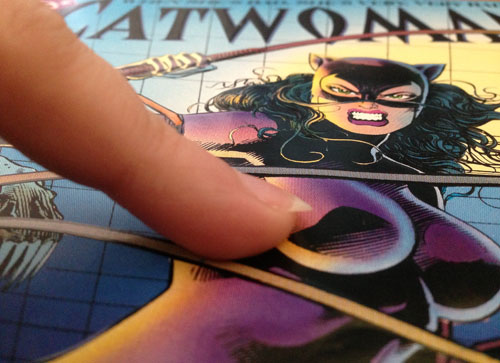 I tried my best to get into Catwoman, collecting it for about a year or so, but unfortunately it never grabbed me the way X-MEN did, so I gave up. It did, however, teach me a valuable lesson: that I shouldn’t have to “try” to get into something. If you’re trying too hard to like something, it probably means you don’t. And if you don’t like something, stop collecting it. Otherwise it’s just a waste of time and money. That’s what these books represent to me–a waste of time and money. I have no emotional investment in them whatsoever, and I’d be more than happy to pass them on to someone who’ll actually appreciate them.

So here’s exactly what I have up for trade: 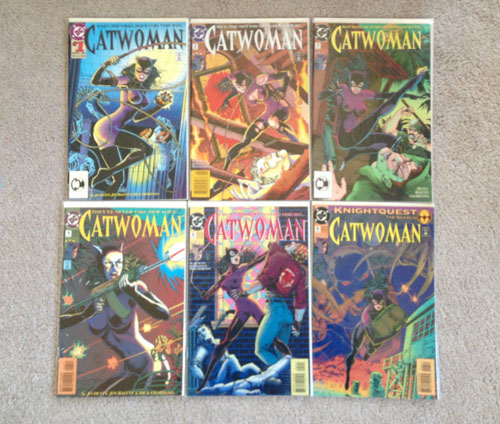 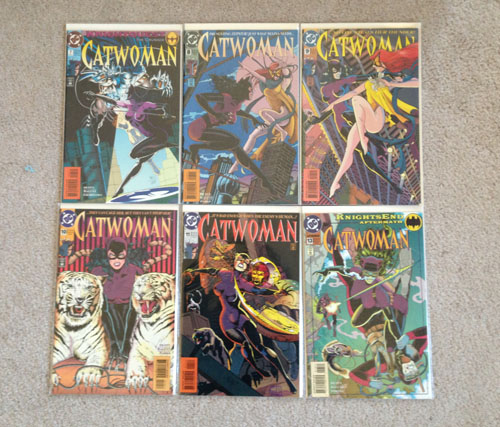 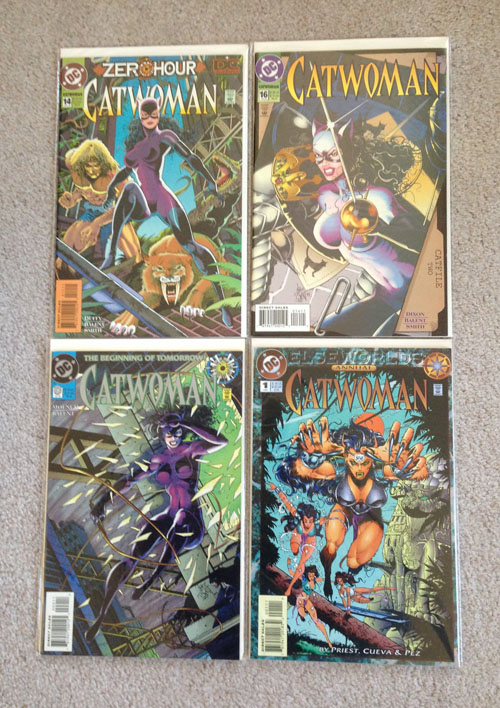 All of these comics are bagged and boarded and have been resting undisturbed in my comic boxes since 1994. In other words, they’re in great condition.

Of course, money’s always good too if you’d rather just outright buy them. I have no idea what the’re worth though, so you could probably swindle me pretty good.

Wondering what this is all about? This week’s assignment from The League of Extraordinary Bloggers was to post items we want to trade or sell. Here’s what we’ve got on the trading post: