Sorry, this is going to be one of those “Has it really been X days/weeks/months since I last posted something?” kind of posts, which are the worst kind of posts. Seriously, I hate these posts, but what I hate even more is looking at the calendar each day and seeing that “X” number go up.

Being that today is exactly 2 months since my last update, which doesn’t feel very good, I thought now’s as good a time as any to check in, make sure the internets know I’m still alive, etc, etc, but mostly it’s because emails with subject lines like “ARE YOU OK??” have started to appear in my inbox. (Thank you for your concern, guys, I miss you too. For reals.)

I won’t bore you with details, but just know as far as Reasons Why I Haven’t Been Blogging go, I’ve had some pretty legit ones. They include, in no particular order, changing jobs (yes, again), a death in the family plus all the lovely complications resulting from it, something of a medical scare where for a couple of extremely nerve-wracking days my eye doctor thought I may have brain cancer (I don’t, so no worries), and finally, good ‘ol just not giving a shit, which is easy to do (or is that not do?) when you’re dealing with all of the above. Also, because of the new job, my commute is now an hour each way–on a good day–so by the time I get home at night I don’t feel much like doing anything except sweatpantsing and Netflixing (hot, right?), preferably at the same time, while mentally preparing to do it all over again tomorrow. And the day after.

2013 isn’t fucking around, ya’ll. Since last December it’s been one shitty thing after the next that I’ve had to deal with, like that Miley Cyrus VMA performance (whatever, I’m on a roll and everyone hates her anyway).

But things aren’t as bad as all that. On the job front, I finally feel like I’m getting somewhere in my career, like all the bullshit I’ve had to deal with over the past year has been leading up to something.

And speaking of leading up to something… 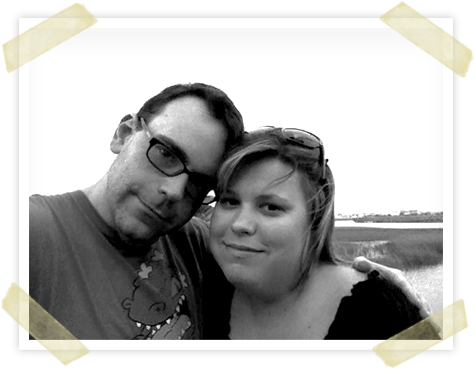 This is a thing that’s happening. That has been happening, I should say. I got to know Shawn from Branded in the 80s soon after I discovered his blog last year–in fact (I will never forget this) it was this post about TMNT postcards that led to my finding it. Fast forward to a year later: we’re best friends, we do a podcast together, and suddenly we both find ourselves…available. I couldn’t tell you how many tweets, blog comments, emails, and other miscellaneous communications we’ve exchanged since we first met, but I can tell you I’ve looked forward to every single one.

Somewhere along the line, I fell in love. Wait a minute, no, I remember the exact moment–it was a few months ago when I had a shitty day at work and Shawn drew this to cheer me up: 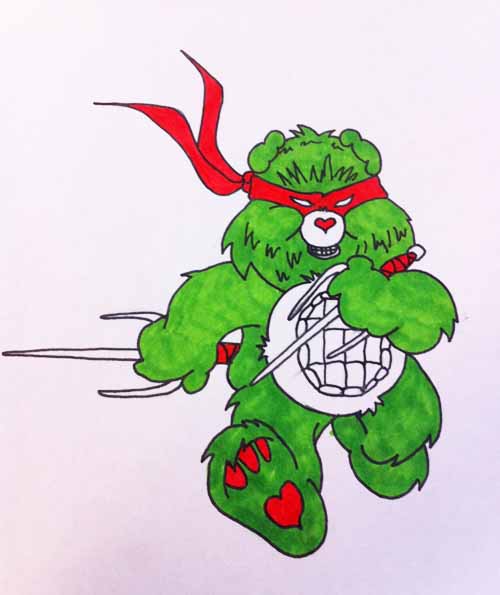 Despite the logistics (Shawn’s in Atlanta, I’m in Baltimore), somehow we’re making it work, thanks to Facebook, a Delta Skymiles card, and constant, often amusing updates about all the silly little things going on in our lives throughout each day. Of course the distance complicates things, and some days it feels like I’m dating my iPhone, but whenever we’re reunited I instantly remember why all of this is so completely worth it.

So now you know why I haven’t been around much. The new job is making it especially hard to devote as much time as I’d like to keeping this blog up, and I can’t promise I’ll be able to post as much as I used to, but I am trying. I miss your comments, I miss the camaraderie, but most of all I miss feeling like I know what the hell is going on in my dumb little corner of the internet.