So, apparently some Toys’R’Us stores are already selling the new Nickelodeon series of Teenage Mutant Ninja Turtles action figures, even though we weren’t supposed to get them until August. (The new TMNT show premieres Saturday, September 29.)

Michele Ivy, unquestionably one of the biggest Teenage Mutant Ninja Turtle fans I know, was was lucky enough to get her hands on them early from a store in Mesa, Arizona. She posted a great in-depth review over at Cowabunga Corner and this hands-on video review:

I still have a couple of the original TMNT action figures, even some in boxes, but I don’t consider myself a collector by any means. However, ever since pictures of the new Nickelodeon toy series debuted earlier this year, I’ve been drooling over them on a daily basis. I mean, just look at them! 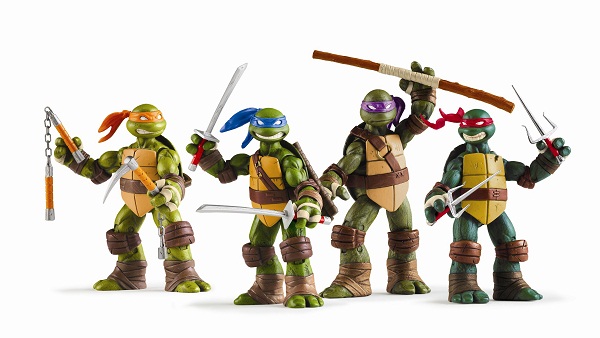 A lot of TMNT fans don’t seem to like the character designs for the new show, and I admit they took a little while to grow on me. But you have to admit the Turtles look pretty badass here.

For shiggles, I checked my local Toys’R’Us store today, and not only did they NOT have these toys yet, they had no frickin’ idea what I was talking about when I asked about them. (But thanks for making me waste ten minutes while you dicked around on the Toys’R’Us website, “Debbie” the “Customer Service Associate” as if I hadn’t already done that myself.) So that my trip into that area of town wasn’t a complete waste, I swung by Jiffy Lube to get my oil changed, which is something I’ve been meaning to do anyway. 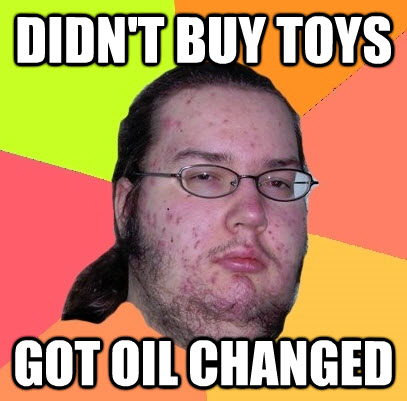 Does that qualify as being an adult?