Someone just handed me a blank check!

Money is no object in this week’s assignment from The League of Extraordinary Bloggers, in which we’re issued a blank check to go “pretend shopping” over at Profiles in History, the world’s largest auctioneer & dealer of original Hollywood memorabilia, historical autographs, letters, documents, and vintage signed photographs and manuscripts.

Up for auction is an incredible lot of Hollywood memorabilia and pop culture artifacts from The Dreier Collection, the private archive of billionaire Chad Dreier, who’s collection of iconic movie props, costumes, toys, photographs and other treasures spans over a century of entertainment and pop culture history. Basically, it is full of win and awesome.

Flipping through the pages of the collection’s catalog, I couldn’t help but feel like: 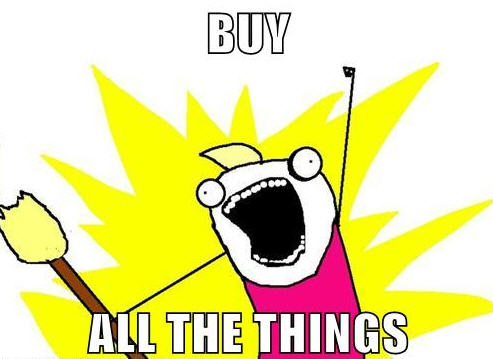 However, Brian from Cool & Collected (founder and Supreme Overlord of The League) said we had to save some things for our fellow League members and can’t hoard all the cool stuff for ourselves. Okay, Dad. Fine.

I genuinely agonized over my pretend purchases, but I think I’ve finally come to five solid decisions:

This thing is the real deal–an original, screen-used costume that Johnny Depp actually wore during the filming of Edward Scissorhands, one of my all-time favorite movies from the golden era of Tim Burton, before he lost his goddamn mind. It comes complete with a pair of resin hand blades and a realistic-looking (but midly-creepy) display mannequin. But the major selling point for me is that Johnny Depp’s balls probably touched this thing. 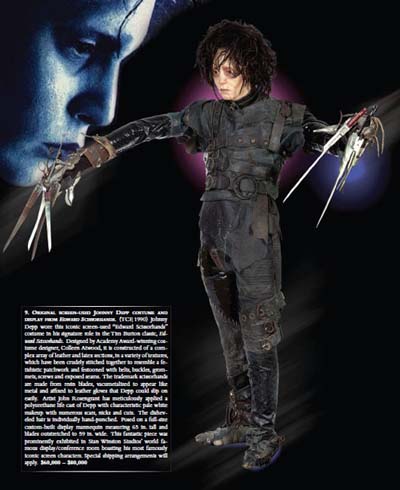 I don’t care who you are, everybody loves or at one point used to love Michael Jackson, including me—maybe not as much as Corey Feldman, but enough to want to own this iconic piece of HIStory from one of the last good MJ eras before things got all weird. When I picture Michael Jackson performing in my head, THIS is the outfit I envision him wearing. 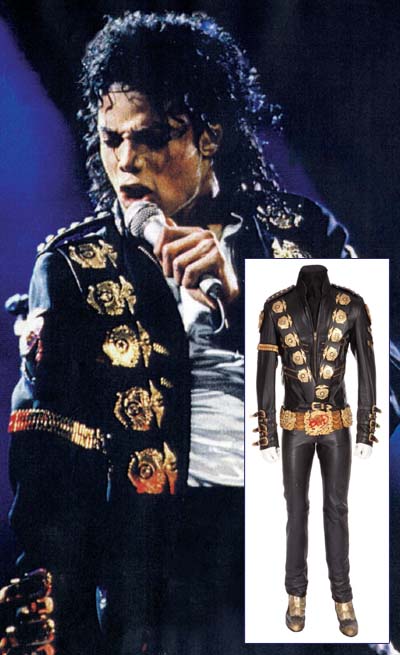 Only $30,000 for a batsuit that Michael Keaton actually wore? Ha! Mere chump change. It even comes complete with a life cast of Michael Keaton, which I’m buying specifically because he looks completely constipated. It’s the perfect conversation starter for all the parties I will inevitably have, because everyone will want to come to my house to see this thing.

“Hey, is it just me or does Batman look constipated?”

“LOL he totally does! Are there any cupcakes left?” 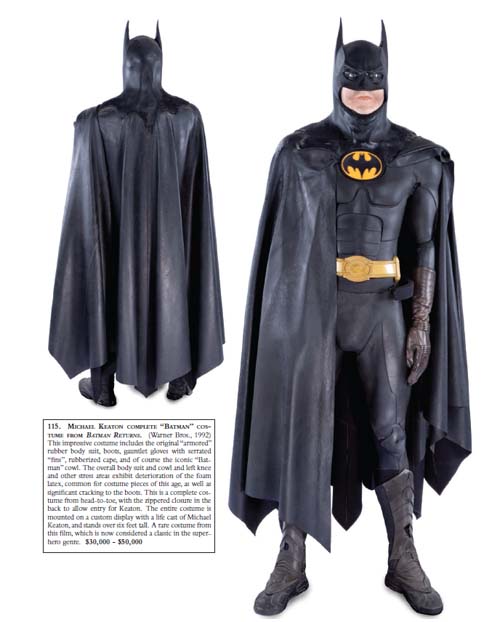 Wolverine is not my favorite X-MEN character (an honor that goes to Gambit), but what X-MEN fan wouldn’t want to own a set of claws that Hugh Jackman actually used in the films? The definition of bad ass.

‘20,000 Leagues Under the Sea’ Attraction Poster

This gorgeous poster caught my eye right away because of its eye-popping colors and because GIANT SQUIDS RULE, obviously. Upon closer inspection, however, I learned that it’s an original hand-silkscreened poster that was once used to promote Disney’s 20,000 Leagues Under the Sea ride, an attraction that sadly closed down in 1994. I’ve only been to Disney World twice in my life, but I’m grateful that I got to ride 20,000 Leagues Under the Sea at least one of those times. 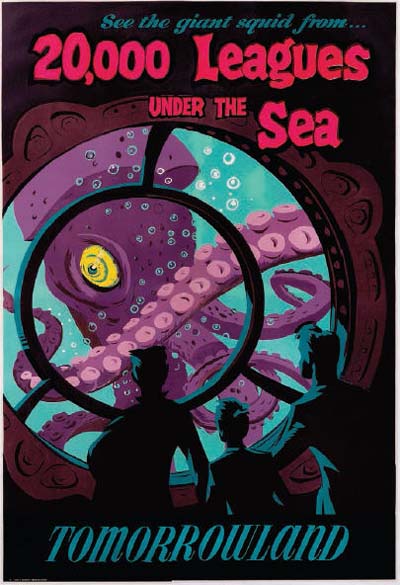 With an estimated value of only $2000 – $3000, this poster is the equivalent of buying a pack of gum while you’re in the checkout line. But I’ve got a blank check, so why not tack it on? I’m feeling saucy.

Somewhere between OMGWTF!? and “in my dreams.” 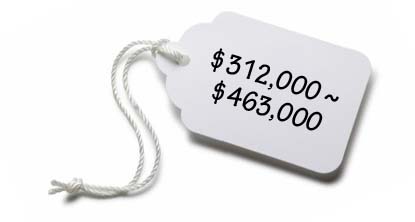 Let’s see what my fellow Leaguers went shopping for!

Won­der­ing what this is all about? This week’s assign­ment from The League of Extra­or­di­nary Blog­gers was to pretend we had a blank check to purchase anything we wanted from The Dreier Collection auction over at Profiles in History. Here’s what my fellow Leaguers purchased: