ShezCrafti Then & Now: The State of the Site 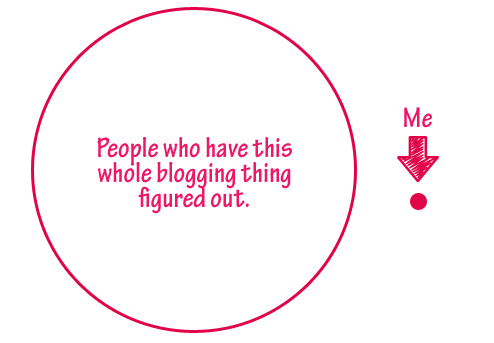 The League is mixing things up yet again this week with a topic that steps outside our regularly scheduled pop culture programming. Go grab yourself a snack or something–I suggest these–and settle in, because this is going to be a long post.

Write a “State of the Site” for your web site. How’s it going? What exciting things have happened this past year? Where do you want your site to be in a year’s time?

I found this topic to be more than a little challenging. This website is me, so quite a bit of my personality and personal history is intertwined with the state of ShezCrafti.com, and it’s never easy to write about yourself. Also, I don’t really have any grandiose plans, ambitions, or visions of world domination for ShezCrafti and therefore it’s difficult for me to look at my site from the perspective of whether or not it’s a success. Hell, I don’t even run any ads here.

As a personal blog, ShezCrafti is simply a place for me to geek out about whatever it is I happen to be geeking out over on any given day–usually that’s video games, movies, TV shows, comics, music, 80’s & 90’s pop culture, and yeah, Teenage Mutant Ninja Turtles. I use this site as a way to collect, share and organize all the geeky/stupid/random things I care about as well as a means to “officially” put new things I’m excited about on my radar. Occasionally I’ll have a coherent thought, humorous anecdote, or something insightful to say about whatever it is that I’m sharing and the words I write will resonate with a random visitor and they’ll go out of their way to leave me a comment. I like it when that happens. But as far as success metrics go, you could say I’ve set the bar pretty low.

But before I get into what I’ve been up to lately and how this past year has gone, I’d like to take some time to reflect back on the history of this site and how it came to be–for posterity’s sake, as well as your potential amusement.

Please, please, a moment to reflect.

The mythology of ShezCrafti’s origin is one that is deeply rich and steeped in lore.

Picture it. AOL. 1998. That was the year before I graduated high school, and a time when America Online was the nation’s primary means of accessing the internet. It was also the year the Beastie Boys dropped their bomb-ass album Hello Nasty! on us which I used to listen to non-stop and it contributed heavily to the definitive soundtrack to my senior year.

As I mention on my About page because I do get asked rather frequently what this name means, I was once very obsessed with the Beastie Boys. “She’s Crafty” is my favorite song by them, so that’s what I chose for the all-important, personality-defining AOL screen name that would become legendary among the 312 privileged people on my Buddy List.

And then: TRAGEDY STRUCK. “ShesCrafty” was already taken–by someone whom I suspect is a much less cool and deserving individual–and so I had to spell it retardedly, and thus ShezCrafti was born. That’s my legacy, folks. And as Howie from UnderScoopFire once told me, I own it.

You may be surprised to learn that ShezCrafti.com actually began life sometime back in 2001 as ShezCrafti.net, a crappy, self-centric personal homepage I was hosting on Yahoo Geocities (lol!) as a way to keep in touch with friends, write blog posts about things probably only 5 other people in the universe cared about, and collect all the stupid, random crap I had stumbled upon on the internet; you know, classic time-wasters like All Your Base and the Hamster Dance. The concept of “blogging” wasn’t nearly as popular back then as it is today, and blogs were generally associated with LiveJournal and similar sites. This was back before social networking had officially become “a thing,” before MySpace and Facebook existed, before Twitter, before “the cloud”, even before WordPress which is the platform making it possible for you to read these very words.

During my college years, the original ShezCrafti site was something of a weird creative outlet, as well as a way for me to practice HTML and learn CSS. But mostly it was an excuse to dick around on the internet while pretending like I was doing something important or something that anyone outside of my close circle of friends gave two shits about.

Through the miracle of The Wayback Machine, I was able to cobble together this screenshot for you: 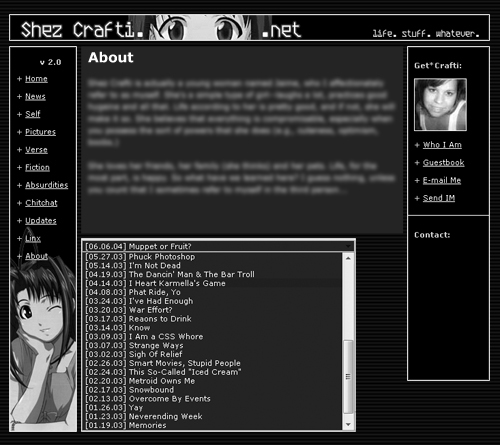 As you can see, I was going through my crucial anime phase and evidently I preferred a monochromatic color scheme. “Life. Stuff. Whatever.” I was deep. I’ve chosen to blur out some of the stupid things I wrote because reading it ten years later just makes me want to gag. (It’s also a sobering reminder that the things you put on the internet have a tendency to live forever.) I have no idea who I was or what I was thinking when I wrote or shared most of this stuff, and my life today resembles nothing of that girl’s. Hilariously, though, I also discovered that my old Guestbook (remember those things?) is STILL functional. That was worth looking up my 21-year-old internet self for.

During this period I wasn’t very active online, if at all. For two years the role of ShezCrafti was played by an unhappily married woman whose career was in flux and didn’t have much to offer creatively. This was also around the time she became addicted to World of Warcraft and as is typical of most WoW addicts, the productivity levels for most other aspects of her life reached an all-time low. I completely let ShezCrafti.net go and eventually Yahoo took it down. The *crickets* were deafening. 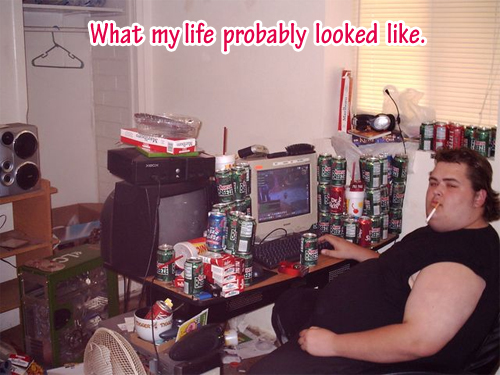 After going through a divorce, landing an awesome new job, and living on my own for the first time, I began to get back in touch with myself and sort of re-discover all the things I was once interested in that I had been missing. My creative muse returned and I started doing freelance web design & development work on the side not because I needed to, but because it was something I’m genuinely interested in. After building several sites and WordPress blogs for other people, I thought, hey, why not do this for myself? I had gotten the itch to start doing something creative again, but I wasn’t sure what. I was inspired by pop culture sites like X-Entertainment and The Surfing Pizza, but I didn’t necessarily want or have the motivation to write a collection of lengthy, nostalgic personal essays, as much as I enjoyed reading theirs. I also wanted to write about video games in some capacity, since I am a gamer and do play them quite a bit and make an effort to keep up with all the latest gaming news. I just knew I wanted to do something, anything.

And so it was that I launched ShezCrafti.com in November of 2008, not really knowing what the hell I was doing or what I was getting myself into. This was my first post. In it, I attempt to explain why I started this site and what readers could expect from me, not that I had any idea what that would be at the time this was written. There’s also a great picture of 5-year-old me petting a goat. (Yeah, I don’t know either.)

Although this website in its current form has been around since 2008, it wasn’t until February/March of this year that I began blogging with any sort of regularity. After getting a third notice that my domain was up for renewal, I made it a New Year’s resolution of mine to get back in the habit of posting regularly with the goal of transforming this site into something that was valuable to me; otherwise I didn’t see the point of keeping it around. That’s when I switched gears and established the following “rules” for ShezCrafti:

So far these rules seem to be working out, and it’s been very freeing to abandon formalities and simply blog for myself and not worry too much about what anyone else thinks. Following this path has led me to meeting some awesome new internet friends and other bloggers with whom I have a lot in common, even if there’s thousands of physical miles between us.

The biggest step forward for ShezCrafti, however, was joining The League of Extraordinary Bloggers back in June, which is headed up by the super awesome Brian of Cool and Collected. I had stumbled upon a couple of League-related posts over at Branded In The 80s and Flashlights Are Something To Eat and knew right away I wanted to be a part of this crazy crew. I mean how could I NOT want to participate in group blogging topics like “When I Was 12”, “Kurt Russell is Awesome” and “Why 1984 is Possibly the Greatest Year in Pop Culture History”? I don’t mean to brag, but I’m an expert on those topics.

Since joining The League I’ve met and connected with even more amazing bloggers, and have even come out of my shell a little bit to participate in a few podcasts, write guest posts, and in general join in all the geeky pop culture camaraderie that seems to surround The League. I look forward every day to reading and commenting on all of the great things they post. I originally planned to give a shout-out to a few of my favorite fellow Leaguers in this paragraph, but as I started making the list it quickly spiraled out of control. There’s just too many awesome sites and people in The League, and there’s no way I could give them the individual level of praise and attention they deserve, so I’ll just leave this here as it applies to all of you:

I have no idea where ShezCrafti will be even in a year’s time, and I won’t pretend like I have lofty goals or ambitions for this site beyond just having a nerdy corner of the internet to call home and connecting with like-minded bloggers. And for right now, I’m 100% OK with that.

What state are you in?

Wondering what this is all about? This week The League was tasked with writing a “State of the Site” address for our websites. Here’s what some of my fellow Leaguers had to say: