My favorite spaceman is the one who gave us MTV.

This week’s League assignment was yet another single-word prompt: “spacemen.”

I’m late with my response this week (because Ni No Kuni happened) and a lot of my fellow Leaguers have already beaten me to some great topics, like E.T. and Astronaut Barbie (which I was totally going to make fun of, you thunder stealers). Also, I’ve been completely Star Wars-ed out since the news that J.J. Abrams will be directing Episode VII nearly broke the internet Friday, or else I’d write about that.

So instead I thought I’d boldly go where no man has gone before–before 1981, that is. On August 31st of that year, MTV made television history when its first-ever broadcast, the MTV Moon Landing, appeared on television screens across America and introduced an entire generation to 24-hour music television.

This is what those kids saw:

Though I’m too young to remember the original Moon Landing (I wasn’t born until September that same year), it’s an iconic TV spot that MTV played in heavy rotation throughout the 80’s, and to this day, why MTV still gives out “Moon Man” statues at its annual Video Music Awards. 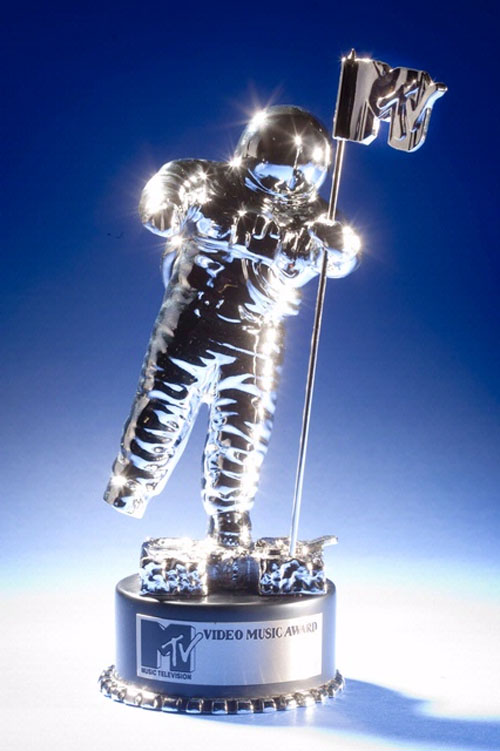 (By the way, does anyone know if it’s possible to get a replica of one of these things? Because I’d totally Flavor Flav it as a necklace.)

Between having an older sister, and parents who’d let us watch pretty much whatever we wanted, MTV entered my life at a very young age. My earliest memories of it are from around the time I was five, so we’re talking 1986 or so. I couldn’t tell you what the first music video I ever saw was, but I do distinctly remember squealing with delight whenever Peter Gabriel’s video for Sledgehammer came on. I couldn’t get enough of those dancing naked turkeys. 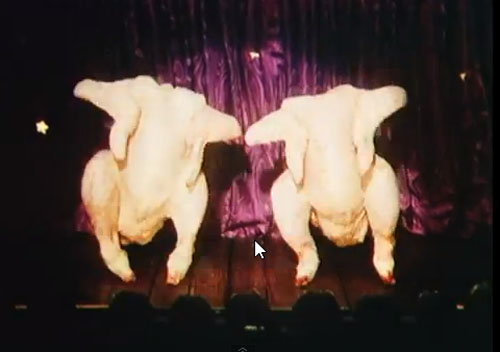 As a card-carrying member of the MTV Generation, I watched MTV religiously from the mid-eighties to around the time I started college. I miss those lose lazy summer days when it was too hot to play outside, giving me a perfectly valid excuse to lay around watching Beavis & Butthead while ignoring my chores. Then, somehow, gradually and almost without warning, MTV just stopped being important to me. Where once we had a network full of awesome shows like Yo! MTV Raps and Headbanger’s Ball in addition to, you know, actual music videos, we now have a cesspool of retardation such as 16 and Pregnant and Jersey fucking Shore.

Back then, even the non-music-related shows were awesome. Remember Liquid Television and the bizarre coolness of Aeon Flux? Or how about all the awesome/hilarious game shows, like Remote Control and Singled Out ? (You ain’t cool unless you knew who Chris Hardwick was before Nerdist.) Twelve-year-old me used to daydream about being a contestant on Lip Service because I totally know all the words to K7’s “Come Baby Come.”(And still do.)

But anyway, this is not meant to be a “get off my lawn” post about how much MTV sucks now. I mean, everybody already knows that, right? Instead, this is a loving tribute to the MTV I used to know, and the Moon Man who regularly landed in my living room and blew my goddamn mind with awesome music and unique programming.

Remember when the VMAs used to, like, actually mean something man?

Oh sure, we had our embarrassing teen pop acts and one-hit wonders in the pre-Bieber era, too. I thought it’d be fun to dig up a couple of my favorite performances from the MTV Video Music Awards vaults!

A 7-year-old child should not be allowed to witness such raw sex and power, but I did, and I’d like to think I turned out better for it.

You know, Paula was never a great voice, but GODDAMN that woman could dance.

If you were to time-travel back to my bedroom in 1990, you’d find me glued to the screen, struggling to understand that funny feeling I had while watching this.

One of the best songs ever. This is not open for debate.

This performance right here is like the 1990’s personified. God, I miss these bitches.

Shit. I was supposed to write about spacemen, wasn’t I?

Now that I’ve managed to completely go off-topic, let’s get things back under control. This week’s assignment from The League of Extraordinary Bloggers was simply the word “spacemen.” Our leader, Brian, is really stretching the limits of his creativity lately with these topics. Here are a couple of my favorite spacemen-related posts written by fellow Leaguers: