Mouse Without Borders vs. ShareMouse for Windows Keyboard and Mouse Sharing 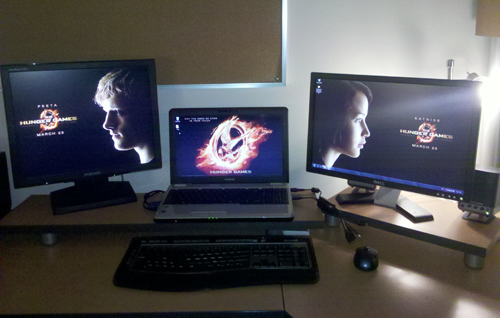 I recently reconfigured my desk into a multi-workstation setup, using both my laptop and desktop side-by-side, plus an extra monitor. Having three screens* to contend with, switching between two sets of keyboards and mice just doesn’t cut it. In my efforts to find an easier solution, I recently had the opportunity to try both ShareMouse and Mouse Without Borders. (Feel free to skip ahead if you just want to know which one is better, in my humble opinion.)

To try to remedy the situation, I first found and installed a “freeware” program called ShareMouse. ShareMouse uses your existing local area network connection to transmit keyboard input and mouse cursor movements between multiple computers. You install it on each computer you want to control, designate which computer is the server (the one controlling the others), then adjust settings to configure your monitor arrangement. It also allows for convenient drag-and-drop file sharing between connected computers that have ShareMouse installed.

The “free” version of ShareMouse worked great—except for the fact that it inexplicably stopped working altogether for me after only two weeks. I got an error message telling me the “beta” trial period has expired, and to continue using ShareMouse I would have to “download the latest version.” Which, of course, I did. And after going through the motions of uninstalling and re-installing, I still got the same error message upon trying to launch the program.

Suspicious, I went to ShareMouse’s website and started combing through the FAQs, where I found this:

“Personal home use.” I fit that description. So far so good. But that still doesn’t explain why ShareMouse stopped working. After clicking the link, I found this: 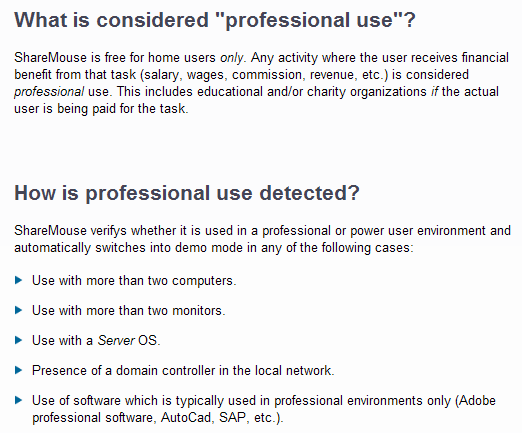 Well now, that changes things a bit, doesn’t it? I’m only using two computers, but I’m using more than two monitors if my laptop screen is counted. Also, I have software “which is typically used in professional environments” installed, e.g. Adobe. But I wonder what else counts? Does the Microsoft Office suite count? That’s certainly typical of professional environments. What other software is included in that sneaky “etc.”? The ShareMouse policy also seems to equate “professional users” with “power users,” although you have to drill deep into the FAQ to figure that out.

So basically, the reason ShareMouse stopped working for me, without warning, is because the software determined that I fit their vague definition of either a professional user or a power user. It would have been nice if ShareMouse informed me of all of the “gotchas” before I installed their “freeware” software and got really used to it! After wasting several hours of my life trying to figure out why the blasted thing wasn’t working, I finally got fed up and started looking for other solutions.

(By the way, if you do decide to purchase a license for the full-blown version of ShareMouse, another “gotcha” is that a separate $24.95 license is required for EACH computer running ShareMouse. And since ShareMouse is pretty much worthless/unnecessary for single-computer setups, why would you EVER purchase just one licence? So the real price of ShareMouse is $49.90 for a two-computer setup).

For us Windows users, thankfully there is a very useful and 100% FREE piece of software called Mouse Without Borders from the Microsoft Garage. It essentially does all the same things ShareMouse does, except its functionality is limited to Windows-based PCs. It’s much easier to install and use. Instead of having to install it on all your computers and then having to mess with cumbersome configuration settings, Mouse Without Borders works automagically after a simple prompt: 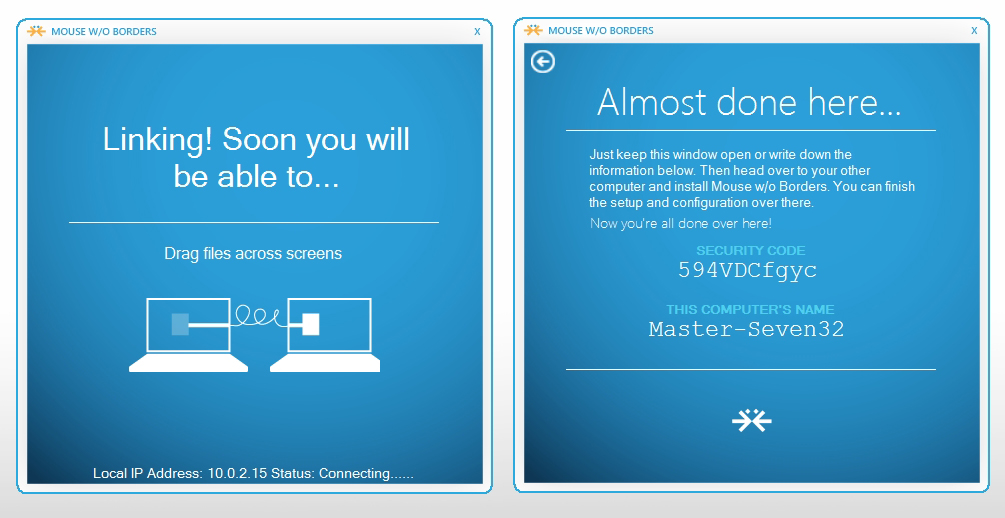 Basically all you have to do is install it on both PCs, and enter a simple code to begin sharing. You can download Mouse Without borders right here.

For Windows users in need of a dead-simple keyboard and mouse sharing solution, Mouse Without Borders is superior to ShareMouse and doesn’t try to bait and switch you into buying a paid version. You can download Mouse Without borders right here.