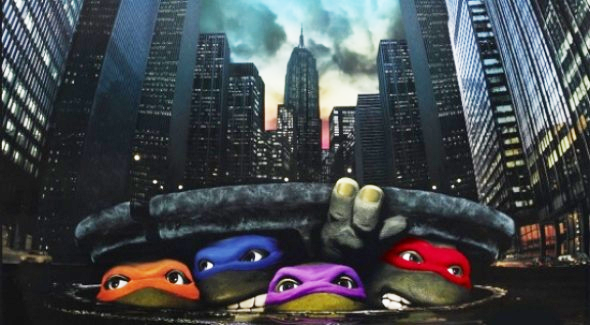 Hey, remember a few years ago when we heard there’d be a new live-action Ninja Turtles film in 2011 and I got all excited about it? Just when I was starting to give up hope, I saw the news this morning:

Paramount is in development on a live-action reboot of Teenage Mutant Ninja Turtles. It has been a rough transition so far from comic to feature, but the studio is taking the project in an unexpected direction. Michael Bay, Brad Fuller, and Andrew Form of Platinum Dunes—the production company behind horror remakes such A Nightmare on Elm Street and Friday the 13th—are shepherding the reboot. The studio assigned the script to Josh Appelbaum and Andre Nemec, the writers who most recently penned the whip-smart Mission: Impossible – Ghost Protocol.

Now Variety reports Jonathan Liebesman is in negotiations to direct. Liebesman directed Battle: Los Angeles, and his next project is Wrath of the Titans. He’s the up-and-comer you call when you want a big action film. Tone will always be tricky when your main characters are anthropomorphic turtles who know martial arts. But if they can reinvent TMNT on the level of, say, Bay’s Transformers… well, that sounds like a blast.

Cowabunga says it all.