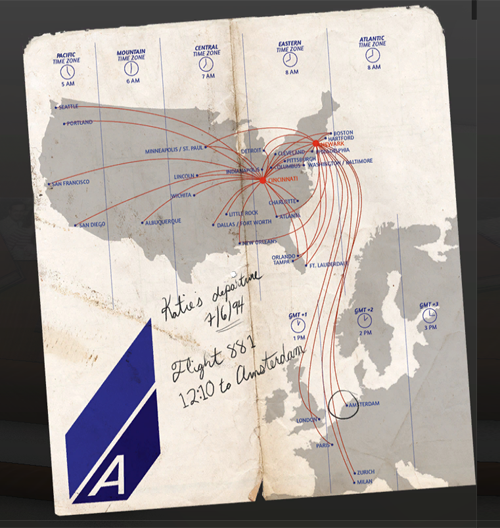 The upcoming Gone Home is an awfully adventure-ish looking game by the newly launched Fullbright Company, which was started by three ex-Bioshock developers. Gone Home has been in development for several months and will be the company’s first game.

I say “adventureish” because the game is described as “a mysterious exploration game set in a modern, residential locale” that has “an emphasis on interaction, where players are able to open every drawer and examine the smallest details of their environment to unravel what happened there.”

The company released this pre-alpha (read: very rough around the edges) gameplay footage today, which looks a bit like Amnesia: The Dark Descent or Penumbra, if you’re familiar with those first-person exploration titles.

You can check it out here:

The screenshots aren’t much to look at, primarily being close-ups of some of the objects and documents you’ll be examining in great detail, but then again, that’s what this game seems to be all about.

I love mystery games, exploring big, mysterious houses, first-person perspective, and obsessing over tiny details–basically a checklist of all the things Gone Home seems to have going for it. I’m officially putting this game on my radar.