Buy some rad stickers, why don’t ya?

As usual, I fail when it comes to promoting Cult Film Club, being over a week late in announcing that we have TOTALLY RAD STICKER PACKS for sale!

I’m hoping the all caps will make up for my lackadaisicalness (it’s a word, I checked) and put me back in the good graces of my co-hosts Pax and Shawn who’ve been (probably) talking behind my back.

Take a look at these bad boys: 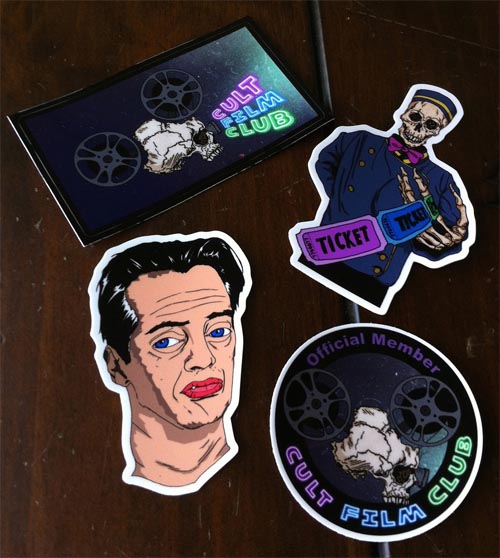 These limited run stickers were designed by our own Shawn Robare and feature his original artwork (again, I do nothing around here). Instead of begging you guys for tips and donations to help with production and hosting costs, Shawn had the brilliant idea to win you over with “no tipping” Steve Buscemi stickerlust. 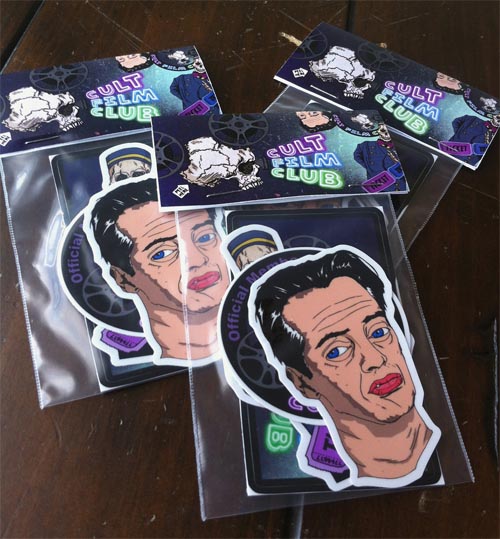 Each pack is $7 and includes the Cult Film Club logo, Official Member Badge, Phantom Ticket Taker, and Mr. No Tipping himself, Steve Buscemi.

All proceeds go directly toward our production and hosting costs, and not, I repeat NOT toward cans of Four Loko, which is how we make the magic happen.