All the crap I did while I wasn’t blogging.

So yeah, it’s been a while since I’ve posted anything. Sixteen days, to be exact. The past few weeks have been a blur of work (of both the kind that pays the bills and the kind that doesn’t), sleep, and time with family, punctuated by a business trip to NYC, the fulfillment of one of my biggest gamer fangirl dreams (more on that in the next post), and a few very special days spent with Michael, the new guy in my life. I’ve been meaning to mention him on this blog, so that time might as well be now. This past weekend was only our second time seeing each other because he lives three states away. The story of how we met is quite a geeky one; maybe one of these days I’ll share it with you. But for now we’re just trying to make this long distance thing work, and I won’t lie–it ain’t easy.

While it’s true I’ve been extra busy with work and side projects on top of personal stuff that has kept me from blogging, I can’t say I didn’t welcome the break. I desperately needed some time away to recharge my batteries and experience some of the things I’d been missing. While I probably could have snuck in a few blog posts during my limited downtime over the past couple of weeks, I decided to say “fuck it” and go play video games or watch movies or TV shows instead.

Look at all this crap. 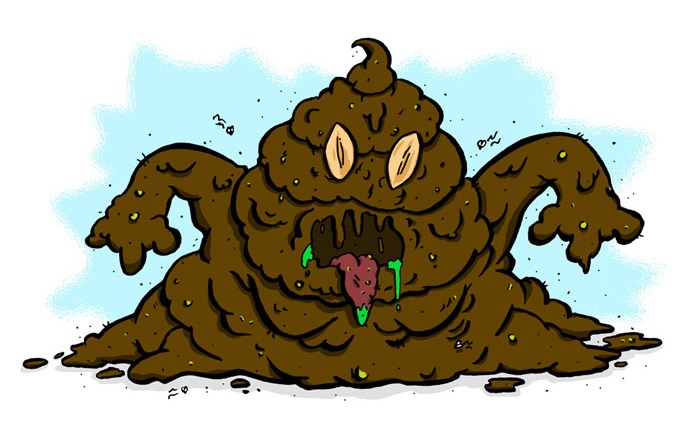 Just so it wasn’t a total loss in terms of content for this blog, here’s a list of everything I watched, played, or listened to, accompanied by some random thoughts on each. 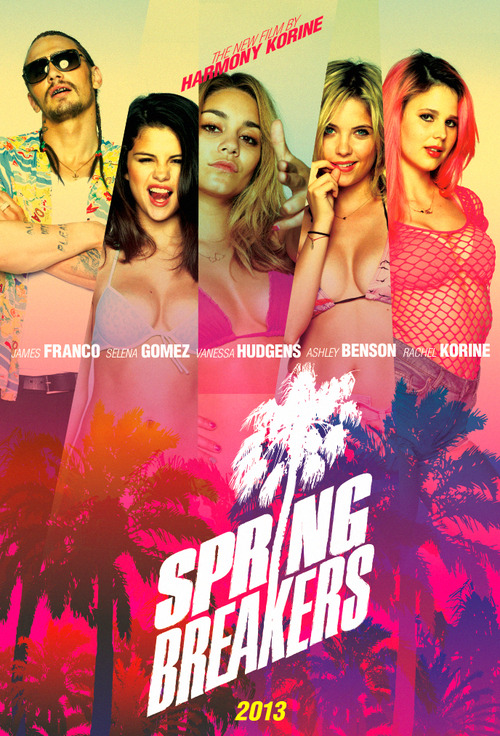 Michael and I went to go see this on Easter Sunday. I can’t think of a better way to celebrate the resurrection of Jesus Christ than a movie about drugs, murder and tits. Spring Breakers was, well, not quite what I was expecting. But then again, nobody knows what to expect from a Harmony Korine movie anyway. This is the same guy that gave us Kids and Gummo, two movies which aren’t even half as coherent as this one. Aside from everything looking like a candy-coated version of Natural Born Killers and all the pointless repetition (“Spring Break…Spring Break…Spring Break Forever!”) I found myself enjoying it, thanks in no small part to James Franco. He’s easily the best thing about this movie, and the sole reason I would watch it again. 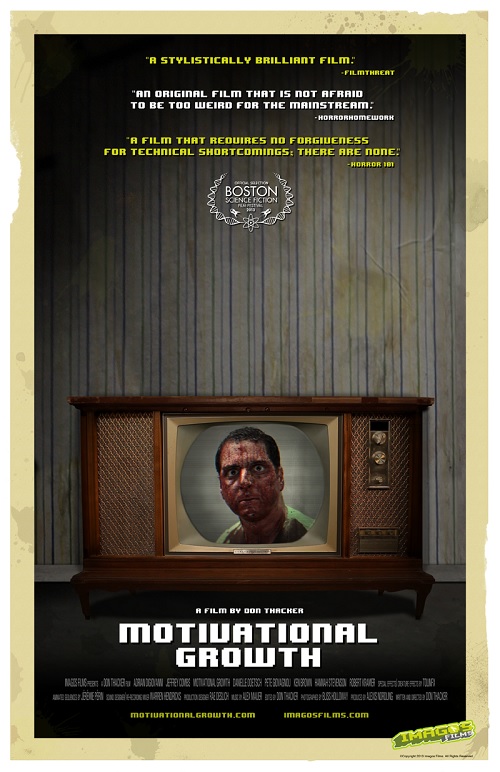 Now I have seen some batshit crazy movies, and this one is right up there with the best of them. I was introduced to Motivational Growth by way of The Goodwill Geek, who got in touch with writer/director Don Thacker about letting us weirdos in the Cult Film Club get our grubby little hands on it, and he was gracious enough to comply. It’s a hard movie to watch (Poop! Vomit! Adipocere!), and an even harder one to describe (Talking Mold Monster!), but I do know that I liked it. I did, however, have to get up and take a shower immediately afterward to scrub my body free of the on-screen filth I felt sure was permeating through my monitor, spreading into my hair and under my fingernails. My co-host Shawn and I both sucked on this movie like a mold-covered teat and compared notes, so don’t be surprised if this ends up on Cult Flim Club somehow. 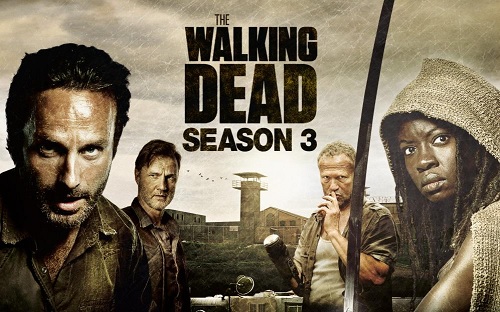 I wasn’t able to watch it live, but despite having a job that requires me to be on the internet pretty much all day long, by some miracle I managed to avoid spoilers until I could catch up on DVR. I’m not one of those assholes who goes around ruining things for other people, so I won’t tell you who dies (because this is The Walking Dead, so you know somebody major dies, right?) but I will say this: I’m happy to see that person go. I’ve wanted him/her dead since Season 1. If that makes me cold, so be it. Ain’t nobody got time for diplomacy during the zombie apocalypse. 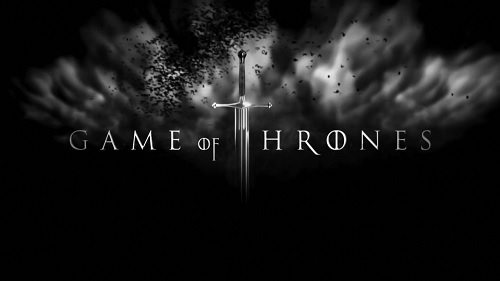 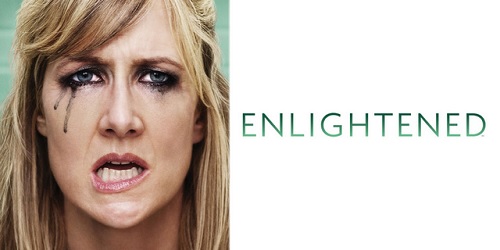 Against my better judgement, I decided to watch Enlightened, a show I knew HBO had already cancelled. While it’s frustrating to know I’ll never truly get to know how Amy Jellico’s journey of enlightenment ends, I don’t regret having watched this show. Laura Dern is a brilliant, underrated actress so I knew her performance alone would be worth it. What ended up surprising me is how much I loved the rest of the characters, especially the peanut gallery of quirky characters that make up Amy’s co-workers at Abaddon Industries. I would watch a whole spinoff starring Dougie and his righteous hair about his failed exploits trying to pick up babes. 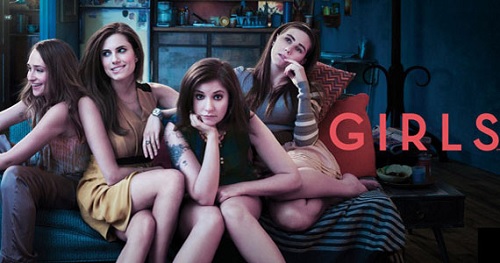 Due to it’s love/hate (but mostly hate) relationship with audiences, a fact I haven’t advertised too heavily around here is that I am a fan of HBO’s Girls. At first my interest in the show was born purely of curiosity, having been sucked into the advertising hype surrounding its series premiere and subsequent, often hysterical press in the gossip blogs. But this is HBO, and HBO doesn’t put out bad shows. Though I can’t say I relate much to any of the main characters–four spoiled twenty-somethings trying to become adults and make it in New York City–I’m fascinated just watching them try, and the usual train wrecks that result. It helps that Girls is generously peppered with gratuitous sex (again, this is HBO after all), hilariously awkward social situations and “I can’t believe they just went there” topics of conversation. Can someone tell me why people hate Lena Dunham so much?

Thank God for HBO Go. On a recent bus trip up to New York City, it saved me from completely losing my shit and stabbing the other passengers. Megabus packs you in like sardines, but at least they give you free Wi-Fi. I’ve long been a fan of Curb Your Enthusiasm and all the riotously funny, misunderstood situations Larry David finds himself in, but I hadn’t yet watched any of Season 8. Yes, a show that takes place in NYC while on my way to NYC. That’s how I roll. I was able to knock out a sizeable chunk of the season on my way to and from Manhattan, headphones cranked as loud as they would go, which was necessary to drown out all the asshattery surrounding me. 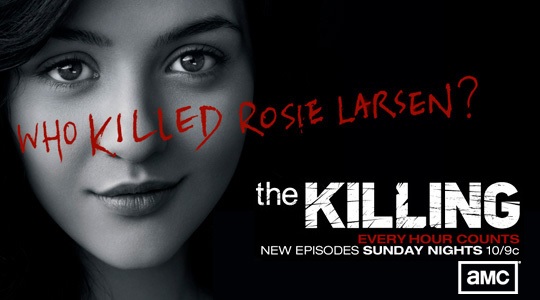 Back when The Killing first premiered on AMC, I watched the first one or two episodes then for some reason or another lost interest. I’m glad I gave it a second chance because now I am hooked. I breezed through the entire first season (even re-watching those intial episodes) in just a couple of nights, and now I’m halfway through the second. I still don’t know who Rose Larsen’s killer is, but I’m getting closer and cloer. I can taste it. (Translation: if you spoil this for me, I will fucking cut you.) Also, if I’m being totally honest, I have a pretty big crush on Detective Holder.

Professor Layton and the Miracle Mask 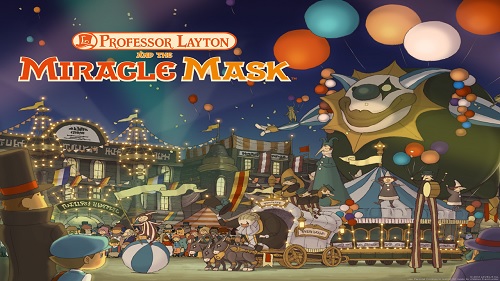 I’ve played all of the Professor Layton games to date, this being my first one for 3DS. Though I bought this game a few months ago back when I got my 3DS (the best self-Christmas gift ever), I didn’t finish it until last week. My total playtime to complete the main storyline and puzzles was about 12 hours. The 3D aspect added some cool elements to the puzzles here and there, but for the most part I kept the 3D turned off, save for the cutscenes where it really popped. Professor Layton games always have interesting mysteries, and Miracle Mask was no exception. It was, however, a little too predictable for my liking. Either that or I’ve just played so many of these games I know too well what to expect. 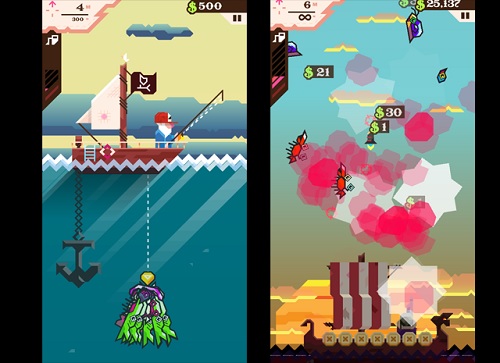 ‘Tis no finer bathroom gaming in all the land. Ridiculous Fishing is easily the best $2.99 I spent for my iPhone. With its 8-bit aesthetics and addictive gameplay, I didn’t think it was possible to enjoy a fishing game this much, which goes something like this:

Step 1. Cast lure, avoiding obstacles on your way down.

Step 2. Hook as many fish as you can and blow the shit out of ’em with your gun.

As you rack up points and money, you can purchase additional fishing gear that will increase your skill and abilities. If you thought it was fun blowing up fish with a Shotgun, just wait ’til you get the Bazooka. Or the Chainsaw Lure. I am all about the Chainsaw Lure.

Another shout-out to Shawn Robare to thank him for pointing me to the soundtrack for Maniac, the 2012 horror film remake starring Elijah Wood. I haven’t yet seen the movie but the soundtrack was enough to make me promote it to the top of my watchlist–and there are a lot of other movies on my watchlist, to say the least. Dark, heavy 80s-esque synth? You got my attention.

Is this not the best music video you’ve ever seen? Tell me it’s not. You can’t do it because that’s impossible.

I’m not sure what I love more–this guy’s music, or his ridiculously cheesy videos.

Sorry to blow a proverbial load of awesome all over your face like this, but it’s been welling up inside me for over two weeks. I hope you haven’t missed me too much.