How can you not love a band named after the redundantly-named doctor in Barbarella? Redundancy was apparently very in fashion for early ’80s bands: Talk Talk, Mister Mister, Bow Wow Wow…

Duran Duran is actually a perfect choice for today’s AESNWBWAST, because they’ll be performing at the Opening Ceremony celebration for the 2012 London Summer Olympics, which I could otherwise give two shits about, personally. Duran Duran will take the stage just after 8:00 PM.

You DO remember these guys, right?

Duran Duran personified new wave for much of the mainstream audience. And for good reason, too. Duran Duran’s reputation was built through music videos, which accentuated their fashion-model looks and glamorous sense of style. Without music videos, it’s likely that their pop-funk–described by the group as the Sex Pistols meets Chic–would never have made them international pop stars. While Duran Duran did have sharper pop sensibilities than their new romantic contemporaries, none of their peers exploited MTV and music video like the Birmingham-based quintet.

Today’s lineup consists of Simon Le Bon, Roger Taylor, John Taylor, and Nick Rhodes joined by Dom Brown as a session player and touring member. Since their debut album Duran Duran in 1981, the band has since churned out twelve studio albums, recorded the hotness that is “A View to a Kill” for the 1985 James Bond film of the same name, won two Grammy awards, and have had 21 singles in the Billboard Hot 100.

In 2010, Duran Duran released their thirteenth studio album, All You Need is Now, which in my opinion is their best since 1993’s The Wedding Album (which includes two of my personal favorites, “Come Undone” and “Ordinary World.”). 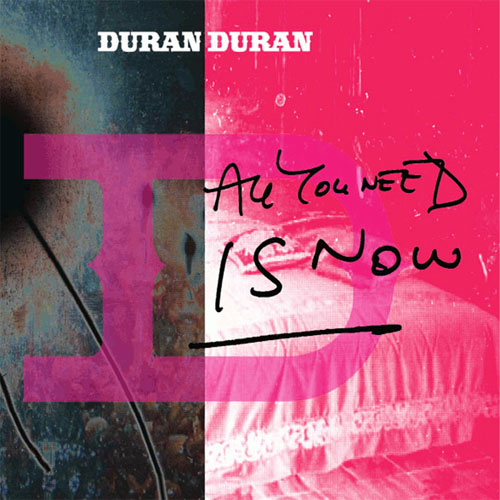 It’s the most “Duran Duran-ish” sounding Duran Duran album since the band’s ’80s days. Just listen to “Girl Panic!” to understand what I mean–here’s the video:

If you’re interested in learning more about Duran Duran, I highly recommend visiting Durandy.com. It’s a museum-like site where you’ll find rare photography, posters, magazines, and other Duran Duran memorabilia, and is nicely organized into exhibits for each media type. The treasure trove of Duran Duran audio and visual media on display there represents over 20 years of passionate collecting.