Today’s AESNWBWAST is kind of exciting because they’re the first artist I’ve mentioned this week to have a brand new album on the very near horizon.

German synthpop group Alphaville enjoyed major success in the United States with their early hits “Forever Young” and “Big in Japan” and went on to a lasting career in Europe, South America, and Asia. Alphaville were formed by vocalist and lyricist Marian Gold and keyboard player Bernhard Lloyd, both of whom were members of the Nelson Community, a multimedia art collective based in Berlin. They were later joined by fellow keyboardist Frank Mertens in 1982 with Gold serving as the lead singer. Originally known as Forever Young, the band borrowed the name Alphaville from the acclaimed 1965 film by Jean-Luc-Godard.

Despite the band’s early success, Mertens left the group and was replaced by Ricky Echolette. Llooyd would later leave the group in 2003, and the lineup changed yet again. The current core stage members of Alphaville are Marian Gold (vocals), Martin Lister (keyboards), David Goodes (guitars) and Jakob Kiersch (drums).

Beyond their mega ’80s hits “Forever Young” and “Big in Japan,” Alphaville is largely a forgotten band here in the states. Though they haven’t cranked out as many albums as the previous artists I featured, say, The Human League or Duran Duran, Alphaville’s studio albums have always been consistent and of good quality without the “hit or miss” eras that some of their peers seemed to have gone through. The players may have changed but somehow the music never suffered for it.

There was, however, a long period where the band didn’t release any new material. Their latest album, Catching Rays on Giant released in 2010, was the band’s first commercial studio album in thirteen years–but it was well worth the wait. 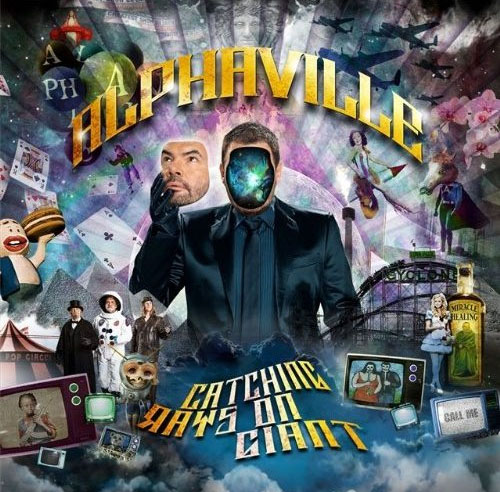 Have a listen to the second single, “Song for No One.”

The band is currently touring their latest album, Catching Rays on Giant in Europe and finalizing material for their upcoming seventh studio album, Strange Attractor.