I really struggled with this week’s assignment from The League, which was to take a trip into any fictional place, time or world in pop culturedom.

First, let’s run through the list of ideas that didn’t make the cut (and why):

Even eliminating the above places, I still had a hard time narrowing down the rest to just one. And it’s now after 8:00 PM on Sunday night, the last day of this week’s assignment. Desperate times call for desperate measures. They also sometimes call for a notepad, scissors, some Scotch tape, and a Sharpie. 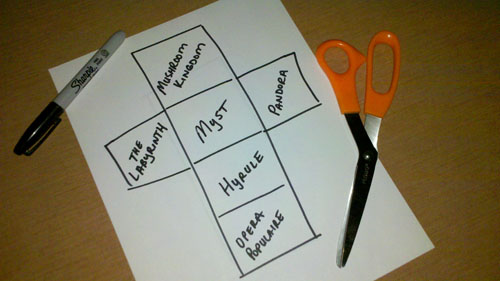 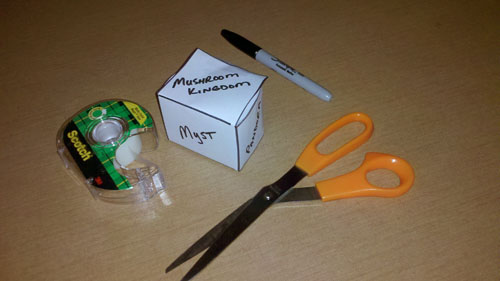 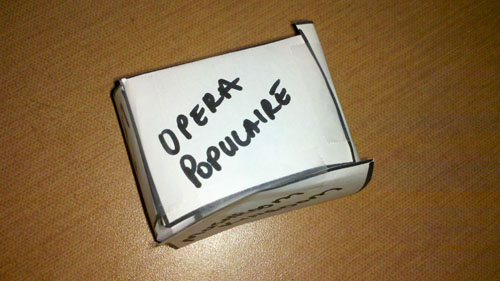 Well, shit. I was kinda hoping for The Labyrinth to fit in with the Halloween Countdown theme I’ve got going here. But oh well. That’s what I get for letting shitty paper dice do all my decision-making. Opera Populaire it is!

The Opera Populaire, in case you’re wondering what that is, is the fictional Paris opera house where Andrew Lloyd Weber’s The Phantom of the Opera takes place. (Oh, hey, I guess now might be a good time to mention I’m really into The Phantom of the Opera–the original novel by Gaston Leroux, its many film adaptations, the made-for-TV movie starring Charles Dance, spin-offs, the ALW musical, the sequel–I love it all.) It is based on the real Paris Opera House, Palais Garnier, which is still in operation and definitely a place that’s on my travel bucket list. I’m fascinated by its history, its construction and the fact it was built over a subterranean lake which Leroux incorporated into his novel to serve as the setting for the Phantom’s lair.

In ALW’s version, the Phantom story takes place in 1881. The Paris Opera was lit by gas lamps and candlelight, an elaborate system of ropes and pulleys manned by dozens of workers controlled the backdrops, narrow catwalks crisscrossed each other high above the stage, opera guests arrived by horse and carriage wearing their finest bustled dresses and waistcoats. The Opera Populaire housed hundreds of employees, from the lowly chorus girls to the stage managers, all living in relative ignorance of The Phantom who dwelt in the labyrinthine tunnels below. It’s a setting that makes for a fascinating story, one in which the Paris Opera House feels alive, bustling with activity, and seem practically a character itself.

The overture from Joel Schumacher’s 2004 film version of The Phantom of the Opera gives us the best glimpse into this world:

And in case you’re one of those people who don’t bother to watch videos, here’re a couple of screenshots that really show off the place:

Wondering what this is all about? This week The League of Extraordinary Bloggers was tasked with taking a trip to anywhere in pop culturedom–a fictional town, time, or world. Here’s where (or in some cases, when) some of my fellow Leaguers went: