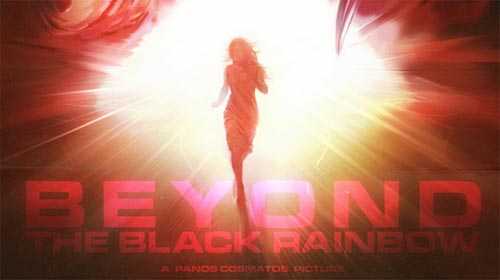 Tonight I finally got around to watching Beyond the Black Rainbow, the bizarre, psychedelic, sci-fi/horror film by writer & director Panos Cosmatos that’s set in the year 1983. It’s been on my watchlist since I first saw the trailer over at Cinema Suicide, so I really must thank Bryan who runs that blog for helping me to discover what will probably go down as one of the weirdest but mindmeltingly cool films I have ever seen.

I won’t even attempt to describe what the hell it is I just watched, I just know it was bizarre, visually stunning (just look at some of these screenshots), and quite unsettling. The cherry on top was hearing SSQ’s “Anonymous” in the end credits, such a perfect ending to the two hours of heavily synth-scored seizure-inducing nightmare fuel that preceded it:

SSQ, in case you don’t remember them, were a 1980s synth pop band formed by lead singer Stacey Q (yes, as in “Two of Hearts” Stacey Q), which was the precursor to her more successful solo career. SSQ only ever put out one album, 1983’s Playback, but it’s a nearly perfect slice of ’80s darkwave synth.

Hearing that song got me wondering what Stacey Q & co. have been up to lately, so I went on a bit of a wikibinge that led to discovering, to my supreme pleasure, that Stacey Q is still kickin’ it and in fact she even put out a new album in 2010, which I’m a little ashamed I didn’t know about before now.

I totally had a DJ Tanner & Kimmy Gibbler moment:

Between YouTube and her MySpace music page, I was able to listen to most of the songs, which are a blend of modern-sounding techno, trance, and little bit of her signature ’80s style. 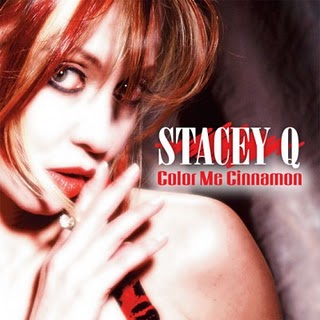 I also discovered, per their Wikipedia page, that SSQ is currently working on a new album, which would be their first in something like 27 years; crazy. If it’s anything like Playback, I bet it’s going to be pretty rad.

And that’s the story of how my Saturday night somehow managed to become an ’80s night in.