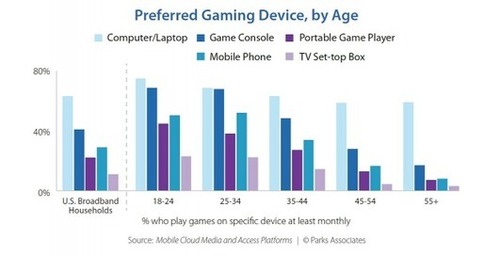 We’re on our way to taking over the world!

According to the Parks’ study, Trends in Digital Gaming: Free-to-Play, Social, and Mobile Games, the number of US gamers has increased by 241 percent from 2008 to 2011. Today, in a nation with a population of nearly 307 million, 135 million of those people are classified as gamers; that’s up from 56 million in 2008. Parks defines a gamer as “individuals in a broadband household who play at least one hour per month.

In three years, 44 percent of the country is now gaming thanks to a rise in social networking and mobile adoption. If the trend continues with the same momentum, we could see a majority of the country planting virtual crops and setting up virtual kingdoms.

Now the real question is: should playing FarmVille count as “gaming”?